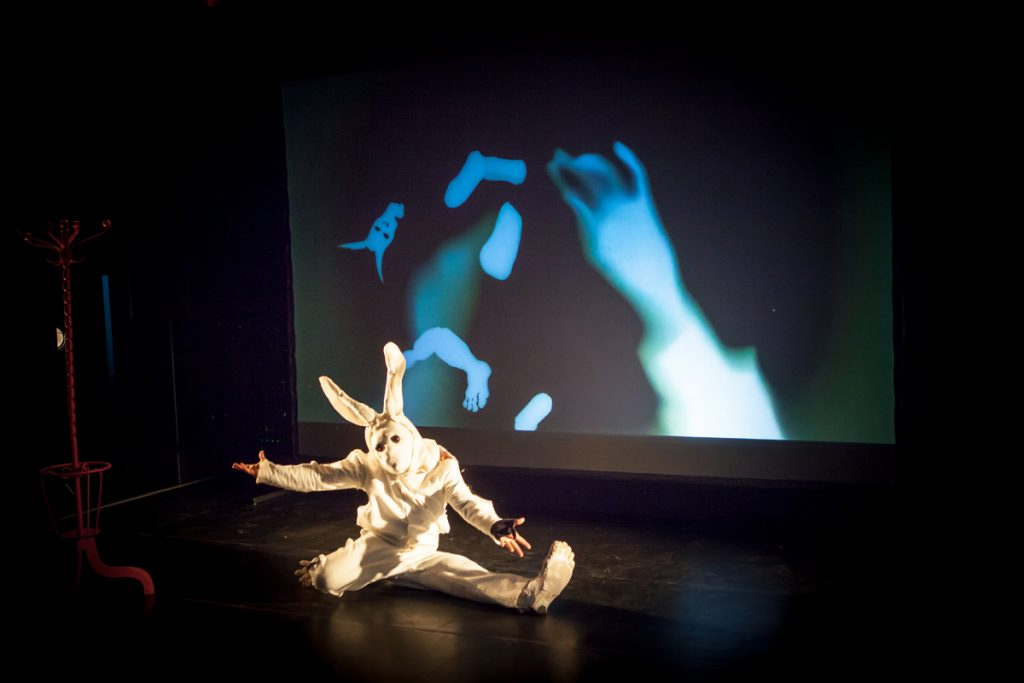 Wilde wilde Wesen (Really wild beings) is the first collaboration between Alessandro Maggioni and theater director Magali Tosato and her company mikro-kit. In this object theater performance they work almost entirely without the means of language to explore the possibilities of combining play, music and digital/analog projections.
In an expressive, visual experimental performance, a wild being (Gonzalo Barahona) meets the audience, but also himself. His attempt to communicate, to tell his own story, meets with animated projections (Alessandro Maggioni), that sometimes put themselves in the service of their own narrative, sometimes exposing what lies beneath the surface.

Can we really control how we affect others? Can we hide what grows inside of us? How much do the experiences we make shape our bodies? Based on a collective autobiographical research (which also becomes audible in the piece), the team explored the question of how injuries, which not least also arise through social structures, work in us and how we become who we are. 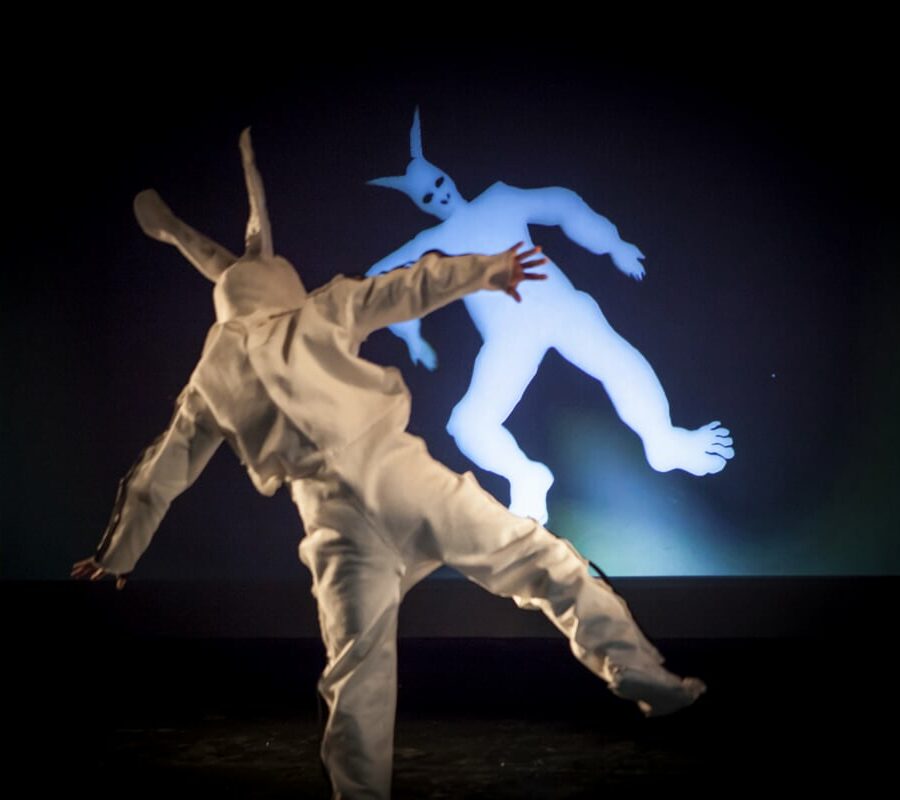 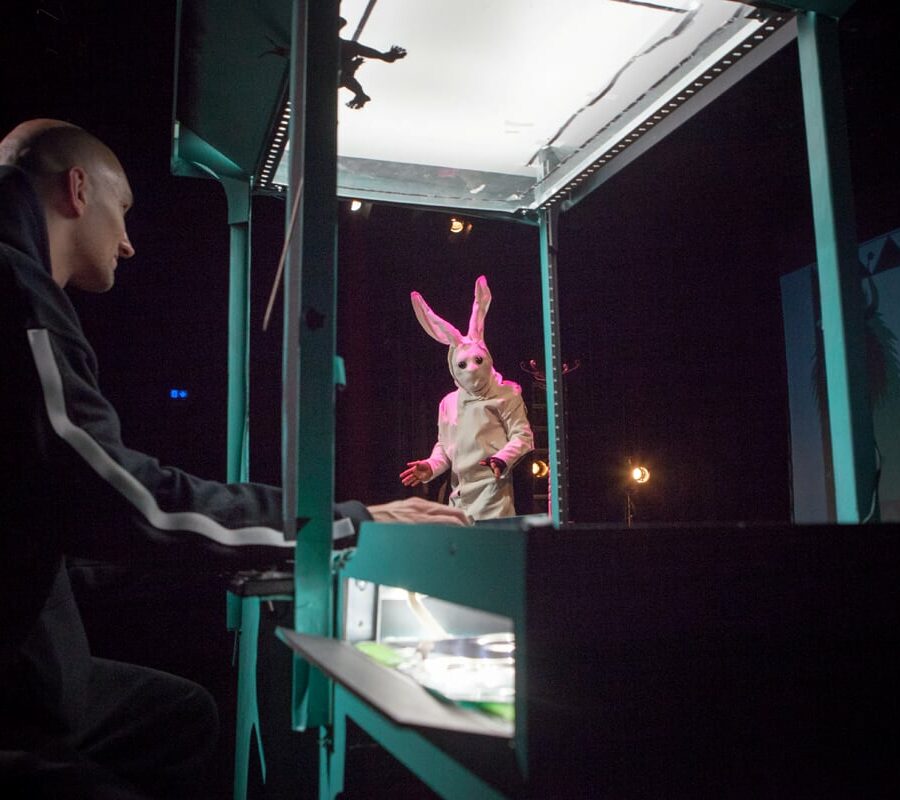 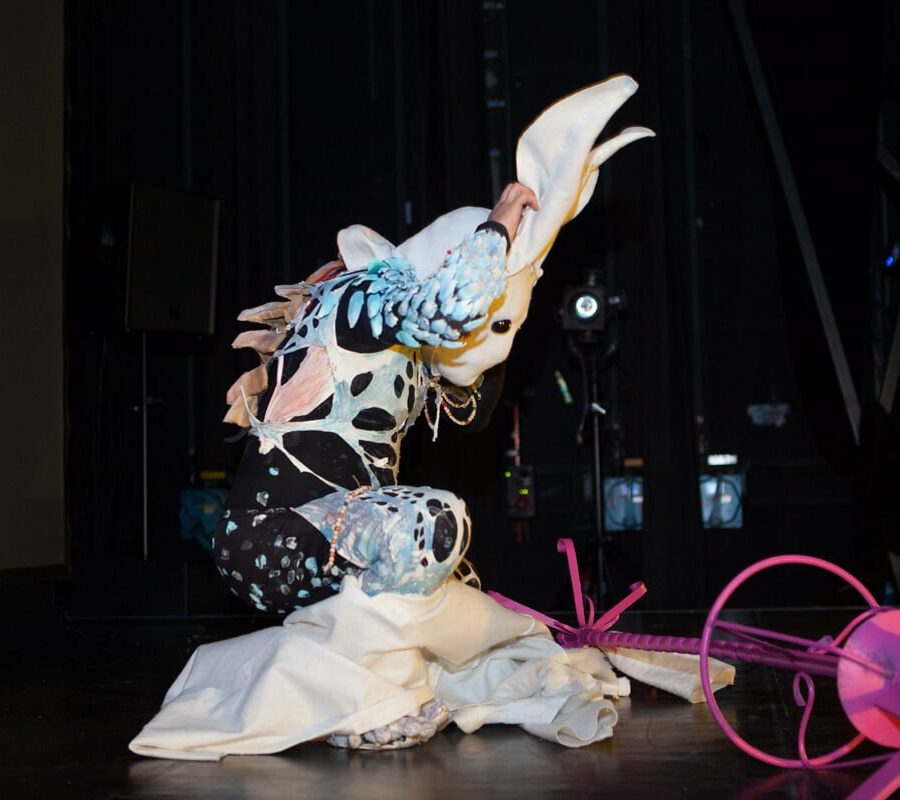 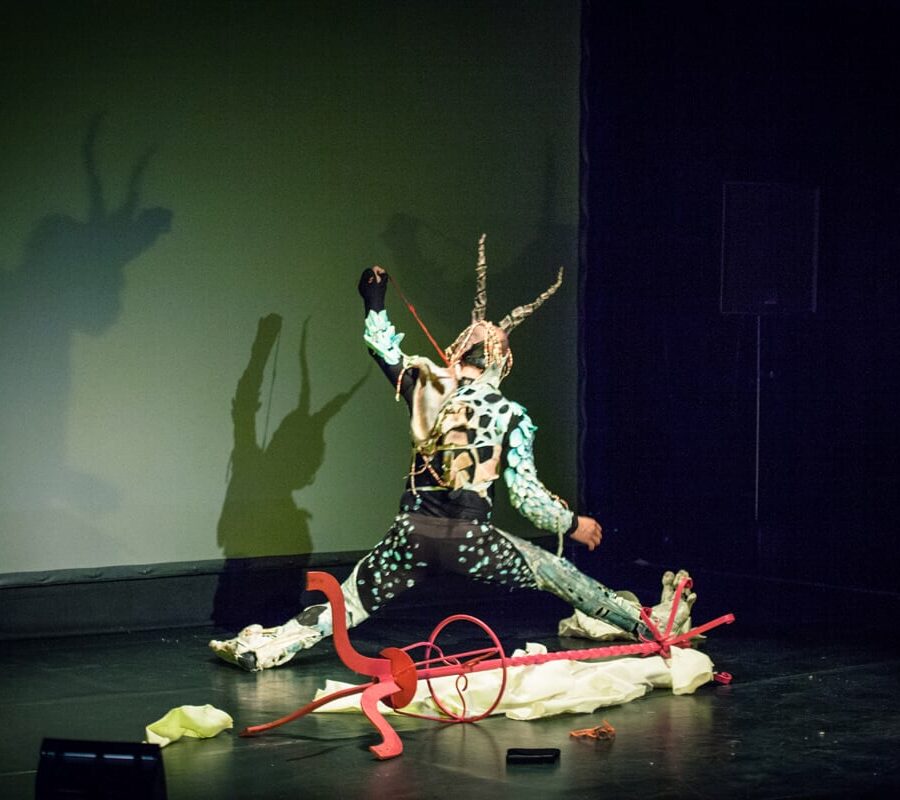 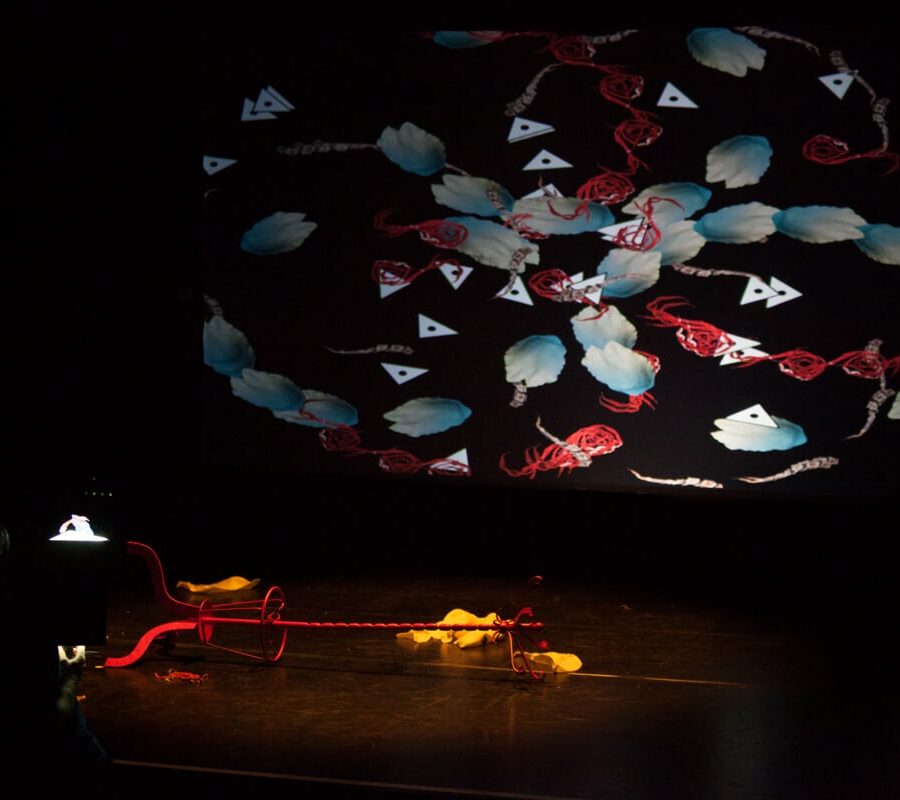